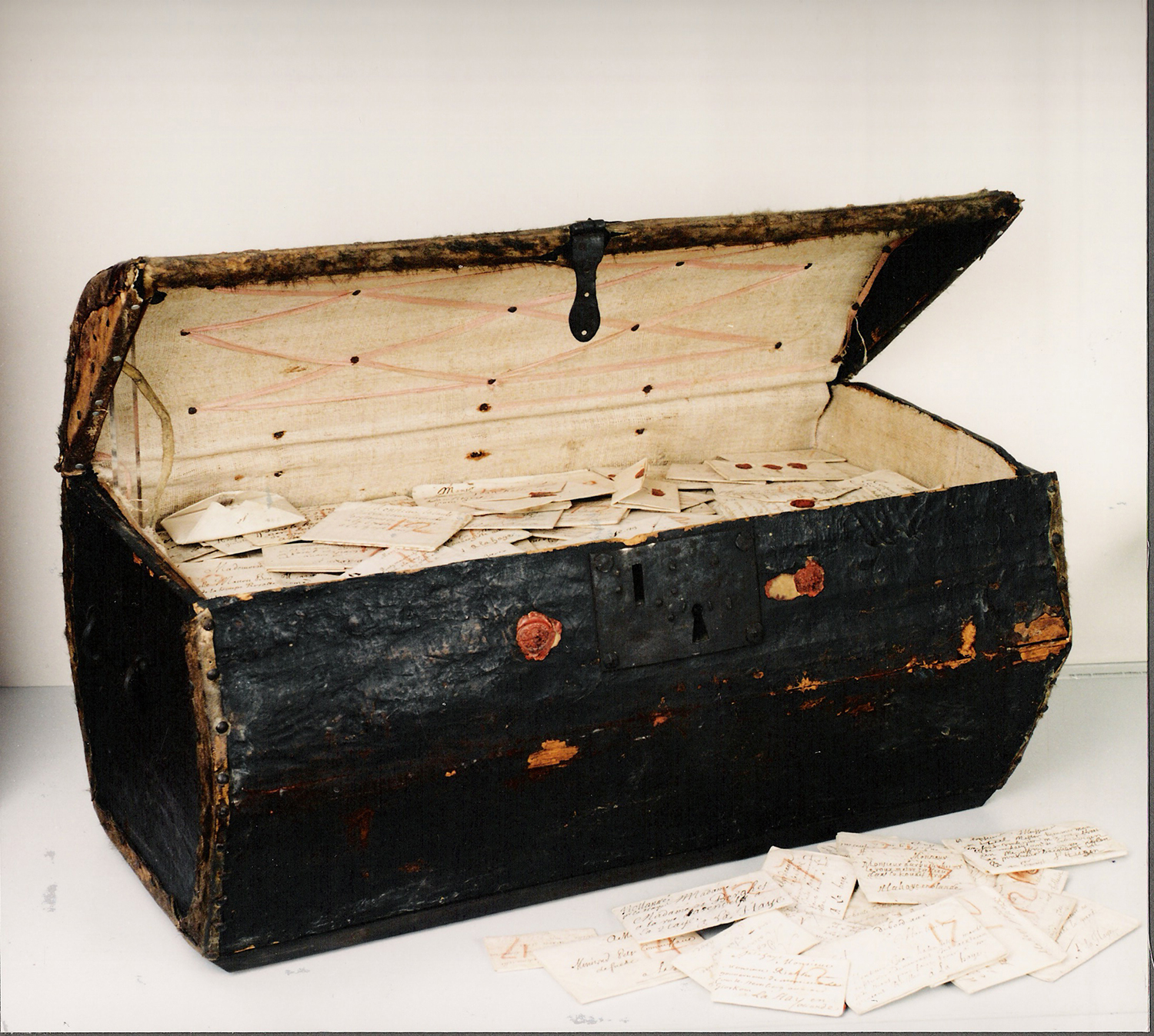 Join the international and interdisciplinary team of researchers on the Signed Sealed, & Undelivered Project who will present their work in a morning session filled with short presentations related to the 17th-century postal chest filled with an extraordinary archive: 2600 “locked” letters, none of which were ever delivered. The letters are uncensored, unedited, and 600 of them even remain unopened. The team will describe their work preserving, imaging, transcribing, and identifying letterlocking formats that will reveal its secrets for the first time-even, we hope, those of the unopened letters- only at MIT Libraries.

In 1926, a trunk of letters was bequeathed to the Museum voor Communicatie in The Hague, then as now the centre of government, politics, and trade in The Netherlands. The trunk belonged to one of the most active postmaster and post mistress of the day, Simon and Marie de Brienne, a couple at the heart of European communication networks. The letters sent from all over Europe to recipients  who would have also also paid postal and delivery charges. Postmasters usually destroyed such “dead letters”, but the Briennes preserved them, hoping that someone would retrieve the letters – and pay the postage. The trunk freezes a moment in history, allowing us to glimpse the early modern world as it went about its daily business. The letters are uncensored, unedited, and 600 of them even remain unopened. The archive itself has remained virtually untouched by historians until it was recently rediscovered.

Light refreshments will be served beginning at 9:30am.

Each attendee will receive locked letter models to take away.